Key figures of the Oerlikon Group as of December 31, 2017 (in CHF million)

1 Reported annually and semi-annually only. 2 2016 figure included mainly the gain from the divestment of the Vacuum Segment.

Pfäffikon Schwyz, Switzerland – March 6, 2018 – “2017 marks a year of strong financial performance for the Group and across all Segments. We recorded profitable growth by securing wins in our markets and industries, delivered on our strategy and sustained a high EBITDA margin after offsetting sizeable investment expenses,” said Dr. Roland Fischer, CEO Oerlikon Group.

In 2017, Oerlikon delivered on its targets and recorded top-line growth as well as improved operating profitability across all Segments. The strong performance affirms the Group’s strategy and ability to capture business opportunities in its markets. The global economic expansion provided a steady backdrop for the upward trend in trade, export and capital investments in practically all of Oerlikon’s end markets, including automotive, aviation, tooling, general industries, energy, filament equipment, agriculture, construction and transportation.

In 2017, the Group delivered on its strategy by strengthening the market and technology leadership of its Surface Solutions Segment, securing wins in the recovering filament equipment market for the Manmade Fibers Segment and successfully repositioning the Drive Systems Segment. The Surface Solutions Segment generated 48 % of Group sales and 66 % of Group EBITDA in 2017, making it the largest contributor to Group sales and profits for the year. The Manmade Fibers Segment and the Drive Systems Segment each accounted for 26 % of Group sales. Oerlikon also saw sales growth across all regions in 2017. Europe continued to represent the largest proportion of Group sales with 39 % (CHF 1 101 million), reflecting a 13.2 % increase compared to 2016. Asia followed with 37 % (CHF 1 073 million), up 42.9 % versus 2016, and North America contributed 19 % (CHF 538 million), 8.5 % higher compared to 2016. Sales in other regions came in at around 5 % (CHF 135 million), an increase of 21.6 %. The Group generated 33.7 % of its revenue from services in 2017 (2016: 36.6 %).

As of December 31, 2017, Oerlikon had equity (attributable to shareholders of the parent) of CHF 1 970 million, representing an equity ratio of 45 % (2016: 48 %). Net cash amounted to CHF 499 million at year-end 2017 (2016: CHF 401 million) and the cash flow from operating activities before changes in net current assets increased 50.6 % in 2017 to CHF 405 million, compared to  CHF 269 million in 2016. In December 2017, Oerlikon exercised the optional one-year extension of a five-year unsecured syndicated credit facility of CHF 600 million, thus maintaining a strong financial base for further investment in core strategic businesses and new technologies, including additive manufacturing (AM), and to support future growth. The Group’s return on capital employed (ROCE) increased to 8.2 % (2016: 5.7 %).

In 2017, Oerlikon strengthened its innovation pipeline by filing 91 patents. The company continued to invest 4 % (CHF 107 million) of 2017 Group sales in R&D, developing upgrades and new technologies to meet customers’ needs and demands. These efforts underline Oerlikon’s commitment to maintain its technology leadership in its end markets and to advance its strategic development.

The increase in the top line was seen in all Segments. The Surface Solutions Segment continued reporting growth; in particular, higher demand was noted in the aviation, automotive and general industries. The Manmade Fibers Segment recorded an increase in sales of over 85 % in Q4 2017, driven mainly by the filament equipment business but also boosted by upward sales trends in texturing, staple fibers and polymer processing. The Drive Systems Segments completed the year with very strong top-line results, registering growth in most of its markets with transportation as particularly noteworthy.

Based on the Group’s underlying performance improvement for 2017, the affordability from the balance sheet, and Oerlikon’s commitment to returning value to shareholders, the Board of Directors will be recommending an increased dividend payout of CHF 0.35 per share (2016: CHF 0.30 per share) at the Annual General Meeting of Shareholders (AGM), taking place on April 10, 2018, in Lucerne.

The positive development in the global economy and in Oerlikon’s key markets is expected to continue in 2018. However, certain uncertainties remain on the macroeconomic and geopolitical scene, which could impact Oerlikon’s end markets. Having established a strong foundation, financially and technologically, to further its growth, Oerlikon will execute three key drivers to sustain mid-term profitability: targeting growth markets, securing structural growth and expanding through complementary M&A.

Given Oerlikon’s strong performance in 2017 and assuming market prospects will remain positive, the Group expects order intake to increase up to CHF 3.4 billion and sales to around CHF 3.2 billion for the full year 2018, and to deliver an improved EBITDA margin, after offsetting investments, of around 15 %.

Key figures of the Surface Solutions Segment as of December 31, 2017 (in CHF million)

The Surface Solutions Segment remained the largest revenue generator for Group sales in 2017. Its performance in 2017 demonstrates its central role in the Group and further validates Oerlikon’s strategy to become a global leader in advanced materials, surface solutions and materials processing. The Segment’s order intake increased 14.6 % in 2017 to CHF 1 417 million, compared to CHF 1 236 million in 2016. Sales came in 11.2 % higher in 2017 at CHF 1 377 million, compared to CHF 1 238 million in 2016. Sales growth was seen in all regions and across industries, most notably in aerospace, general industries and Asia.

In 2017, the Segment completed four strategic acquisitions, adding technologies and expertise in advanced materials and surface solutions to its portfolio, while also gaining market access. This included the assets of Recentis Advanced Materials, Canada, to strengthen the Segment’s competency in high-temperature manufacturing; Scoperta, USA, for its computational software enabling rapid identification and development of innovative and disruptive material solutions; Primateria, Sweden, which is strengthening its foothold in the gear-cutting market; and the assets of DiaPac LLC and Diamond Recovery Services (DRS), USA, complementing the Segment’s expertise in the manufacturing, processing, application, recovery and recycling of advanced materials.

To intensify its focus on the AM market, Oerlikon AM was established as a competence brand of the Surface Solutions Segment in 2017. In addition to acquisitions, the AM Business Unit moved forward in its strategy to play a leading role in the industrialization of that market in 2017. Initiatives included key partnerships with GE Additive, Technical University of Munich and Skoltech, the opening of the Innovation & Technology Center for AM in Munich, Germany, and moving forward with the construction of an R&D and production facility in Charlotte, North Carolina, USA and the advanced materials manufacturing facility in Plymouth Township, Michigan, USA.

Key figures of the Manmade Fibers Segment as of December 31, 2017 (in CHF million)

The Manmade Fibers Segment saw a significant and positive turnaround in market demand in 2017 after two years of challenging conditions. The growth was mainly driven by a few key players in the China manmade fiber industry, but at the same time larger projects in Turkey and India could be secured as well. With its leading market position, among others, for pre-oriented and full-drawn (POY & FDY) filament equipment, the Segment was able to capture a healthy share of market opportunities.

In addition to recovery in the filament equipment market in 2017, the Segment’s growth was complemented by a notable increase in global demand for staple fibers machinery and in texturing, including the delivery of its first DTY machines to a key customer in China. Good demand for bulked continuous filament (BCF) plant solutions for the production of carpet yarns was also seen in the USA and Turkey. In addition, a strong increase in sales was noted in polymer processing, driven mainly by Oerlikon’s joint venture with Huitong in this market. To position itself for future growth, the Segment has been ramping up its production capacity in all business areas. Additionally, the Segment created a separate business unit to capture opportunities in the attractive and growing nonwovens market and entered into a partnership agreement with Teknoweb Materials in Italy to add disposable nonwoven solutions to its product offering.

Key figures of the Drive Systems Segment as of December 31, 2017 (in CHF million)

The Drive Systems Segment benefited from its repositioning strategy and delivered a noteworthy recovery in 2017. Continuing the process initiated in 2016, the Segment streamlined its product portfolio, improved production efficiency through a focused factory approach, and increased its emphasis on higher-value projects and quality orders. This enabled the Segment to capture business and take profits in 2017 in agriculture, construction, transportation and automotive markets around the world. Through the joint venture with Kenway, the Segment doubled its sales to the Chinese transportation market and has established itself as a market leader in low-floor city bus axles. The Segment also noted a sharp increase in demand for e-drive solutions in China, Europe and North America. In 2017, it secured key automotive e-drive projects and is partnering with leading automotive brands in Asia on electric drive projects for passenger cars.

In 2017, the Segment made important inroads to meet customers’ needs in the e-drive and hybrid car market. For example, it launched innovative, scalable, quiet and efficient transmissions for battery electric vehicles, and developed a very compact hybrid rear axle module with an integrated electronically-controlled limited slip differential, which is a highly efficient solution to hybridize high-performance cars.

Oerlikon (SIX: OERL) engineers materials, equipment and surfaces and provides expert services to enable customers to have high-performance products and systems with extended lifespans. Drawing on its key technological competencies and strong financial foundation, the Group is sustaining mid-term growth by executing three strategic drivers: addressing attractive growth markets, securing structural growth, and expanding through targeted M&A. A leading global technology and engineering Group, Oerlikon operates its business in three Segments (Surface Solutions, Manmade Fibers and Drive Systems) and has a global footprint of around 15 000 employees at 186 locations in 37 countries. In 2017, Oerlikon generated CHF 2.8 billion in sales and invested CHF 107 million in R&D. 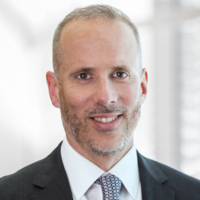