Key figures of the Oerlikon Group as of December 31, 2015 (in CHF million)

Pfäffikon Schwyz, Switzerland – March 1, 2016 – Jürg Fedier, CFO of the Oerlikon Group: “In 2015, we defined a strategic roadmap to develop Oerlikon into a more focused company, building on our unique competencies, technologies and positions in surface solutions, advanced materials, components engineering and manufacturing technology. We also completed important steps such as the sale of the Advanced Technologies Segment and the announced divestment of the Vacuum Segment. Our balance sheet is strong and allows for targeted investments in organic and inorganic growth. We delivered strong operating profitability in a difficult economic environment. The Surface Solutions Segment continued to perform well, achieving organic growth and solid profitability despite demanding market conditions. As we saw, the markets weakened further in the second half of 2015, and we promptly took decisive actions to mitigate the increasingly adverse headwinds, protect our profitability, and set the path for Oerlikon to sustainably grow over the medium to long term. In 2016, we will continue to focus on improving our flexibility, protecting our profitability and strengthening our technology position.”

At constant exchange rates, Group order intake increased by 1.6 % and sales came in at around prior year’s level. Currency impact on top-line was around 6 %. Including currency impacts, order intake was lower by 4.2 % (CHF 2 537 million) and sales by 5.5 % (CHF 2 671 million). The ratio of the service revenues to total Group sales increased to 33.6 %.

In November 2015, Oerlikon announced that it would be focusing on attractive growth markets in surface solutions and advanced materials – businesses in which the Group has invaluable and well-established competitive advantages in terms of technologies, expertise and customer relationships. The surface solutions business will be strengthened and expanded, and Oerlikon aims to use its strong balance sheet to fund organic and inorganic growth into new materials, technologies, services, industries and markets. One promising area is metal-based additive manufacturing (AM). The Group is also aligning the manmade fibers and drive systems businesses with current market dynamics. The Manmade Fibers Segment will build on its leading technology position, while adapting its operating model to near-term market realities. The Drive Systems Segment will focus on selected growth markets and reorganize to allow for future value-creating options. The measures initiated at the Manmade Fibers and Drive Systems Segments will significantly lower these Segments’ breakeven sales levels, and together with Group-wide operational excellence measures, gross savings of up to CHF 100 million are expected.

Despite lower sales, Oerlikon was able to achieve a strong normalized EBITDA margin of 16.9 % (CHF 450 million), excluding restructuring costs. Including the one-off restructuring impacts, EBITDA stood at CHF 338 million, correlating to an EBITDA margin of 12.7 % (2014 restated[1] EBITDA: CHF 475 million, margin: 16.8 %). EBIT for 2015, due to the restructuring and impairment charges, was minus CHF 306 million (2014 restated1 EBIT: CHF 323 million). Excluding impairments, restructuring costs, amortization of acquired intangibles (from Metco, net of tax) and results from discontinued operations, the normalized net result was at CHF 207 million in 2015, which reflects an underlying earnings per share of CHF 0.61. Following the inclusions of all the above-mentioned charges, reported net result for 2015 was minus CHF 418 million, and earnings per share were minus CHF 1.24.

In 2015, Oerlikon maintained a strong financial position. The Oerlikon Group had equity (attributable to shareholders of the parent) of CHF 1 554 million, representing an equity ratio of 38 % (2014: 44 %). The year-on-year decrease in the total balance sheet and equity primarily reflected the goodwill impairment related to the Drive Systems Segment. Net cash at the end of the year amounted to CHF 79 million (2014: CHF 114 million).

During 2015, Oerlikon extended the maturity of its syndicated credit facility to June 2017 at a reduced interest rate, reflecting both the favorable interest rate environment and the Group’s improved risk profile. This enhanced the Group’s debt maturity profile and capital position, thereby increasing Oerlikon’s financial flexibility. This strong financial foundation allows Oerlikon to further develop its portfolio in line with its strategic roadmap for achieving long-term profitable growth.

In 2015, Oerlikon continued to strengthen its market presence in key regions. The Surface Solutions Segment opened its first service center offering both Oerlikon Balzers and Oerlikon Metco technologies in Guelph, Ontario, Canada, its first Europe-based automotive competence center in Slovakia, a new sales office in Dubai and an AM center in Westbury, New York, USA. The Manmade Fibers Segment opened a new service center in Dalton, Georgia, USA and a new technology center in Chemnitz, Germany. The Drive Systems Segment inaugurated its third plant in India and appointed distributors as partners in Argentina, Chile, Colombia and Peru to further develop its South American business. With the improved proximity and services to customers, the Group increased the ratio of service revenues to total Group sales to 33.6 % at the end of 2015.

Oerlikon continued to demonstrate its strong commitment to R&D in 2015 and invested around 4 % (CHF 103 million) of Group sales in R&D. A total of 86 new patents were filed in 2015.

Returning value and capital to shareholders through annual dividend payments is important to Oerlikon. Accordingly, the Board of Directors will be recommending to shareholders a payout of CHF 0.30 per share at the 2016 Annual General Meeting of Shareholders (AGM), taking place on April 5, 2016.

Oerlikon’s markets are fundamentally supported by medium- and long-term drivers such as globalization, mobility, energy and urbanization. Backed by these drivers, the Group is convinced that its key markets will recover and grow. However, the Group expects 2016, and also 2017, to remain challenging. With the strategic direction set and the decisive actions initiated, Oerlikon believes it will be able to partially offset some of the adverse short-term market impacts. With a clear focus on continuing to protect the company’s solid profitability, Oerlikon expects to deliver order intake and sales between CHF 2.3 billion and CHF 2.5 billion and an EBITDA margin in the mid-teens for the full year 2016.

Key figures of the Surface Solutions Segment as of December 31, 2015 (in CHF million)

“The Surface Solutions Segment developed well in 2015. It successfully integrated Metco, delivered strong profitability as well as organic growth, resulting in an above-market performance despite the difficult market conditions,” noted Jürg Fedier. The Segment continues to address attractive markets with solid structural growth drivers such as the increasing demand for lighter and more durable materials that can deliver better performance. In 2015, the Segment entered the new, adjacent market of additive manufacturing, set up a dedicated business unit, launched its first set of additive manufacturing materials, and printed a first set of components in 3D to demonstrate its capabilities in additive manufacturing. The Segment also continued to bring next-generation coating technologies for tools to the market, such as BALINIT® CROMA, the extremely wear-resistant thin-film coatings, INNOVENTA mega, a physical vapor deposition (PVD) system with extremely high throughputs, and BALINIT ALTENSA, the high-speed solution for productive gear cutting. Other technologies launched include new environmental barrier coatings to provide turbine engines with effective protection against vapor and environmental factors and a silver-containing antimicrobial PVD coating that provides better protection for medical components and instruments in partnership with the medical technology company, Stryker.

Key figures of the Manmade Fibers Segment as of December 31, 2015 (in CHF million)

The Manmade Fibers Segment was exposed to major challenges in 2015, primarily caused by the speed and extent of the economic slowdown in China, the Chinese government’s review of its 13th five-year plan (2016-2020), low oil prices and sluggish global economy. The consequences impacted China's textile sector and extended equipment overcapacity, which resulted in order postponements and weak demand.

“In 2015, the Manmade Fibers Segment saw a sharp industry downturn driven primarily by China. The Segment initiated decisive operational and structural measures, which will support the lowering of its cost base substantially by the end of 2016. The measures led to restructuring costs of CHF 43 million in 2015,” stated Jürg Fedier. In 2015, the Segment strengthened its technology portfolio with a new version of the Plant Operation Center (POC), a complete software solution that manages the entire spinning and texturing production process. It also introduced RoTac3, the eco-friendly and energy-efficient component for yarn tangling, and EvoTape, which enables greater process stability in efficient tape extrusion for the production of carpets, agricultural textiles and geotextiles. New additions to the successful WINGS line of products (Winding INtegrated Godet Solution) included WINGS FDY PLUS that allows for a larger operation window and higher package weights. The Segment also reinforced its position in the polycondensation market through a joint venture with Huitong Chemical in China, creating a company that can offer comprehensive industrial solutions, from continuous polycondensation to finished end products in chemical-fiber spinning or PET bottle-grade material.

Key figures of the Drive Systems Segment as of December 31, 2015 (in CHF million)

Four of the Segment’s six key markets, namely mining, oil & gas, agriculture and construction, saw tough developments in 2015 triggered by plummeting oil and commodity prices and the slowdown in China. Decisive actions were taken to streamline its business, sharpen its focus on products, adjacent markets and customers that will drive future growth, and improve the efficiency of its operations. Reflecting these actions, restructuring costs of CHF 68 million were taken in 2015 and impairment charges of goodwill and fixed assets of CHF 476 million were recognized.

“The acceleration of the weaknesses in the end markets of the Drive Systems Segment led to a non-cash goodwill impairment charge and the need to streamline its business in activities where the Segment enjoys strong technology and market positions, allowing for future value-creating options,” commented Jürg Fedier. In 2015, the Segment achieved a number of key developments. It introduced a new range of Torque Hub® drives for self-propelled agricultural sprayers and a new power transfer unit (PTU) for next-generation clutch transmissions in Mercedes AMG models. To improve manufacturing efficiency, new robotized cells were added at the plant in Rivoli, Italy and a new Mercedes assembly line was installed in the Luserna plant in Italy. In addition, the Segment launched a joint research project with the Surface Solutions Segment to develop new friction materials and pursue other synergies.

Please find the Financial Report 2015 at https://www.oerlikon.com/annualreport-2015. The full Annual Report 2015 will be published with the invitation to the Annual General Meeting of Shareholders and will be available at the same web link mentioned above. 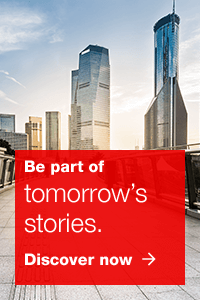