Spot on: application Quite a bit of friction potential

In one of the first physics lessons at school, we learned: When there is motion between two bodies in contact, friction occurs. Scientists study how this effect can be utilized — or avoided. Coatings play a decisive role here.

When we rub our hands to warm them up on cold days, this sliding friction is definitely desirable, and without the static friction between the tires and the road, a car would not be able to drive around a bend. Less pleasing, however, is rolling friction, which hampers smooth progress on straight sections.

Frictional forces — whether desired or not — counteract the motion of two bodies and inhibit or even prevent it. The cause lies in their surface properties, because even if a microscope is sometimes required to see the irregularities, apparently smooth surfaces are still rough and “get caught” on each other.

Less friction = lower costs and less CO2
There is a fundamental relationship between friction and wear. Consequently, components’ performance and service life depend decisively on their frictional behavior.

According to the German Gesellschaft für Tribologie (GfT, Society for Tribology; www.gft-ev.de), friction and wear in industrialized countries causes annual losses of 2–7% of the gross national product. And a study published last year by the GfT concludes that in the mobility sector in Germany alone, almost 22 million tonnes of CO2 could be saved by 2030 by reducing friction. 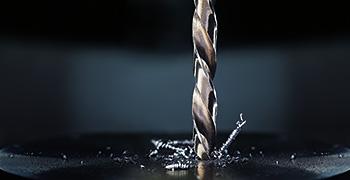 Tribology: a young, interdisciplinary science
Friction, and how to use or avoid it, has always been a focus of scientific endeavor. In the middle of the last century, this even developed into a separate branch of science that combines mechanical engineering, materials science, physics and chemistry in an interdisciplinary way: Tribology, whose name is derived from the ancient Greek tribein (to rub, to wear) and lógos (teaching, knowledge).

Minimizing wear through coatings
Design engineers try to minimize wear caused by friction by optimizing the design of components. Other important factors are the material composition and lubricating media, such as oil, grease or water. It is often even more efficient to coat component surfaces:

The focus is not merely less friction, but rather targeted friction in the transmission components used in modern vehicles. Oerlikon Metco‘s Friction Systems unit manufactures high-performance synchronizer ring components and modules that are treated with carbon friction linings to provide excellent ease of shifting and a longer service life, They are compatible with all common transmission fluids.