If in today‘s world, in which life is determined by excess and speed, a company‘s goal is an annual product volume of only 300 units, these must be very special products. The Swedish luxury watch manufacturer Halda’s motto has been “Never compromise on quality” since 1887. No wonder they found a congenial partner in Oerlikon Balzers – on earth and in space. 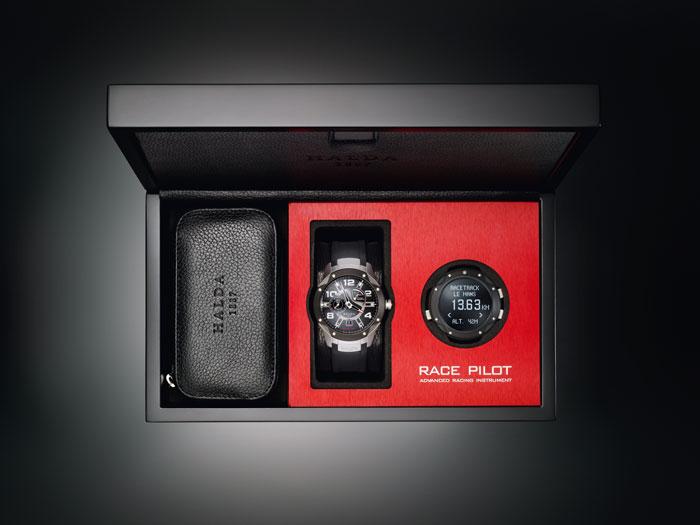 Perfection at all times. Always and everywhere.

The story of Halda is a long and steady one – a story of evolution, rather than revolution – that started almost 130 years ago, when Henning Hammarlund (who created his first watch out of wood as a teenager and went on to become a watch engineer) set out to create the perfect watch. Rapid progress followed, and Hammarlund  as soon famous for his watches: even the Swedish King Oscar II owned a Halda watch, bearing his portrait on the casing. Hammarlund‘s perfectionism soon drove him to design tools and machines precise enough to meet his sophisticated demands – accurate to 1/100 mm.

These were not only the basis for the fame that he and his watches enjoyed, but also the foundation for the further development of the company, that manufactured also other highly accurate products: for decades, Halda taximeters were the only taximeters approved for London city taxis; August Strindberg, Ernest Hemingway and Astrid Lindgren wrote their masterpieces on Halda typewriters.

Henning Hammarlund never deviated from his vision of perfectionism, and neither has his company, right up to the present day: “We never compromise on quality, ever!” says Mikael Sandström, Halda’s CEO. This might just sound like a simple statement, were it not for the two top of the line watches in Halda‘s current portfolio. One for earth, and one for space! The same stringency is moreover applied to design: last year the watches received several design awards in London, including the prestigious ‘Red Dot Design’ and ‘Watch of the Year’ awards.
Today’s ‘Halda Concept’ in essence comprises a time platform and interchangeable time modules. Each module is developed for optimal performance in its respective field and is exchangeable using the platform‘s patented locking system. The ‘Space Discovery’, launched in 2011, was the first modern Halda. “After years of developing the Halda Concept, we set out to create a watch for the most extreme environment known – space, the ultimate challenge, the last frontier. Whilst the space pioneer needs a workhorse and has no need in space for an ornament, what, though, could be more beautiful than a work of art that is supremely functional?” asks Sandström.

The perfect choice for function and design

The interchangeable modules that lie at the heart of the alda Concept must be resistant to wear and mechanical damage. The perfect solution was provided, in the form of BALINIT DLC, by Oerlikon Balzers. Sandström says: “The Halda and Oerlikon Balzers brands both stand for precision, innovative engineering and uncompromising quality.” BALINIT DLC, developed to enable engine components such as fuel injection systems, pistons, cylinders and valves to withstand the most extreme wear conditions and high relative speeds, proved to be the perfect coating for the Halda housing: “BALINIT DLC coated housings are scratch resistant, which is of the utmost importance to us, as the docking on and off of the two modules is the core feature of our concept. BALINIT DLC is moreover precisely the right colour – a crucial aspect for our design,” says Mikael Sandström.

From the space to the race track

Space was apparently not enough for the engineers at Halda. Their next challenge was to create the world’s first genuine racing watch, realized in the form of the ‘Race Pilot’ – a unique racing instrument co-developed with race engineers and tested by Formula One driver Marcus Ericsson. This Halda Concept watch also unites the traditions of mechanical watchmaking with the advantages of modern technology, including information from 150 of the world’s most popular racetracks, a race Chronograph, FIA Formula 1 Countdown and much more.

> Find more about our Products & Services

The heart of the mechanical Earth Module is the most precise, automatic high performance mechanical New Old Stock (NOS) movement. Its counterpart, the Space Module, was developed together with Swedish astronaut Christer Fuglesang, who also tested it as a member of the Discovery STS-128 mission crew. Cutting edge technology inside the TECAMAX™ case is driven by a low power consumption microprocessor for ultimate efficiency, which serves both, the LCD display and LED backlight, as well as the specific space functions: the G-Force sensor and the Particle Counter. A true astronaut’s instrument, exactly 128 Space Discovery watches  have been produced, some of which are included in the outfit wor n by European Space Association (ESA) astronauts.