Nozzle needles in diesel engine common rail systems are only a few millimeters in size, but they play a major role in ensuring smooth and efficient engine processes. Vitesco Technologies, the drive division of Continental, has these needles coated with BALINIT DLC. But how do you ensure that the coating quality of these small components is just right when there are several million of them?

Vehicle manufacturers and end customers expect modern engines to burn fuel as efficiently as possible — for performance, cost and environmental reasons. Only 43 mm long and just 4 mm wide, nozzle needles play an essential role in achieving this, as they ensure the correct injection of fuel from the injector into the combustion chamber. Optimal fuel atomization, which is essential for efficient fuel burning, is determined by a combination of the needle’s geometry and precise manufacturing, the nozzle body and accurate spatial positioning. 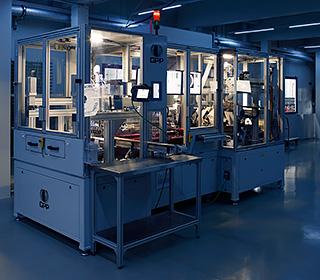 Even the smallest errors can lead to total failure
The dimensional tolerances for the nozzle needles are in the single-digit µm range. To protect them from wear, Vitesco Technologies relies on BALINIT® DLC from Oerlikon Balzers. The coating, which is only a few micrometers thick, is extremely hard and ensures lower friction. This allows the engine to develop its full power with less fuel consumption and lower emissions. But only if the quality of the coating is 100% right. “Even the smallest production errors can damage the opposing body in the tribological system, namely the nozzle body. This then leads to leakage, higher injection volumes, higher fuel consumption and, in the worst case, to complete system failure,” explains Harald Schröder, Global Account Manager at Oerlikon Balzers.

Until now, the surface quality of the coated nozzle needles has been inspected randomly under a scanning electron microscope (SEM) by employees at Oerlikon Balzers’ customer center in Stollberg, Germany. This is a very time-consuming task, and the risk of subjective results was also ever-present.

Objective measurability thanks to test algorithm
Together with the Vitesco Technologies site in Limbach-Oberfrohna and the inspection systems engineering company GPP from Chemnitz, Oerlikon Balzers initiated an ambitious technical project. “We knew where we wanted to go, but not how to get there,” is how Harald Schröder describes the great challenge. And this was: How can we find coating defects in the µm range and objectively measure their frequency — and do so under series production conditions for each individual nozzle needle? The aim was to develop a fully automated system that inspects and clearly classifies several thousand nozzle needles every day with camera assistance.

After two years of close cooperation in development, the testing system was recently put into operation — and since then it has been testing a complete batch in the same time it previously took to manually check six needles. “The system detects the size and number of surface defects in a defined testing window. A test algorithm calculates a density value from this. If a component exceeds this limit, it is sorted out,” explains Patrick Donner, technical project manager at Oerlikon Balzers in Stollberg.

“The system detects the size and number of surface defects in a defined testing window. A test algorithm calculates a density value from this.
If a component exceeds this limit, it is sorted out.” 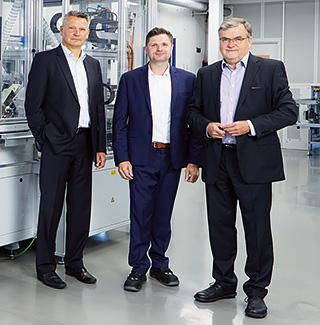 Cleanliness is the be-all and end-all
The coating quality — and thus the reject rate — is decisively influenced by cleanliness, both of the component itself and in the production environment in general. A major contribution to this is made by the special loading unit, which automatically loads the coating racks with the nozzle needles. As with the automated inspection and packaging in transport trays, this is done in a clean room that was specially built for the project because of the high quality requirements.

“We are enthusiastic about the project outcome and the performance of the newly designed test facility. As a consequence, we can now dispense with the previous in-house inspections. The cooperation of the partners involved in this project was exemplary,” states Olaf Schulz, responsible for injector project purchasing at Vitesco Technologies. The knowledge gained by the three companies during the test facility’s construction is already being used to develop a further project for injector components with similarly demanding technological objectives.